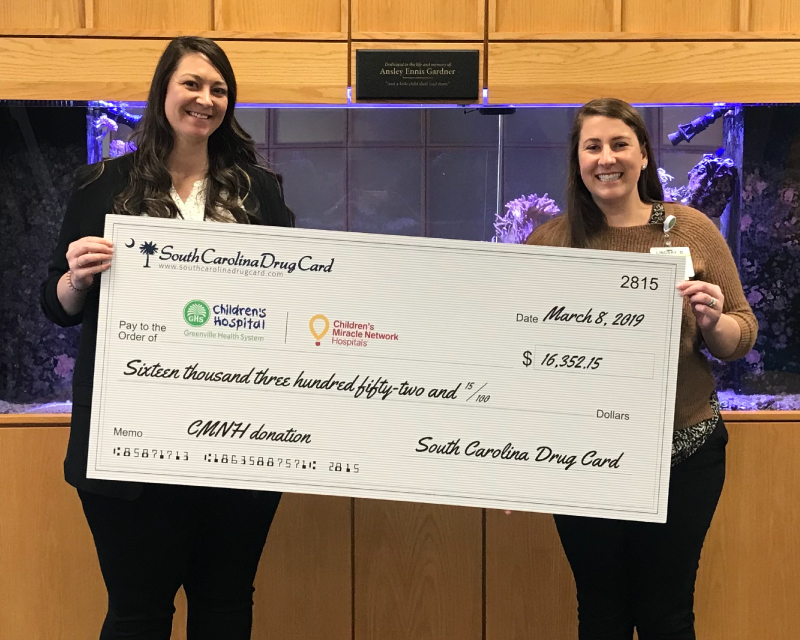 Following the presentation, Miranda had the honor of receiving a tour of the hospital to learn about the ocean theme throughout, including several aquariums and a room with snacks, toys & video games for the families and children.  Each time a prescription is processed through the South Carolina Drug Card a donation will be given to your local CMN hospital.

Since 2015, the United Networks of America partnership with Children’s Miracle Network Hospitals has raised over $2.4 million dollars for local children’s hospitals. Of this, $16,352.15 has been raised for Greenville Health System Children’s Hospital.