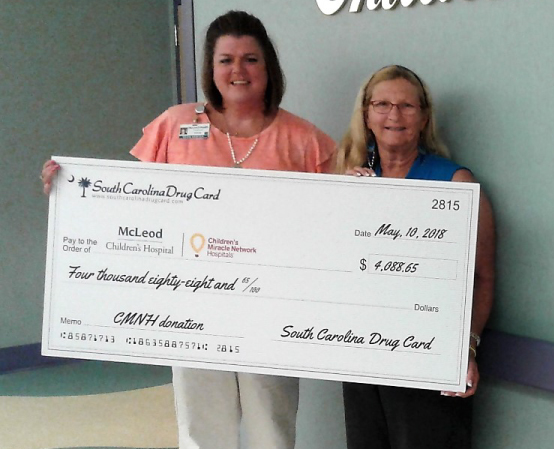 After the presentation, Norrene toured the hospital and was invited by Davis to participate in McLeod’s Rock For Kids fundraising concert in August.

Since 2015, the United Networks of America partnership with Children’s Miracle Network Hospitals has raised over $2.4 million dollars for local children’s hospitals. Of this, $4,088.65 has been raised for McLeod Children’s Hospital.